Title: UBU Roi (plate 13)
Medium: Original Lithograph, 1966, in colours, on Arches paper with narrow margins, an unsigned copy
Edition: The Edition consisted of 205 signed and numbered copies and 25 HC (Not for sale) additional copies. Ours is a proof outside these editions on smaller margined paper.
Size: Paper size: 852 x 420 mms (Paper size); 821 x 409 mms (Image size)
Printed by: Mourlot Freres, Paris
Published by: Terriade, 1966
Note: This was part of a series of 13 Lithographs entitled “Ubi Roi. Ubu Roi (Ubu the King or King Ubu) is a play first performed in Paris at the Théâtre de l'Œuvre, causing a riotous response in the audience as it opened and closed on December 10, 1896. It is considered a wild, bizarre and comic piece, significant for the way it overturns cultural rules, norms, and conventions. For those who were in the audience on that night to witness the response, including William Butler Yeats. it seemed an event of revolutionary importance. It is now seen by some to have opened the door for what became known as Modernism in the twentieth century. It is a precursor to Dada, Surrealism and the Theatre of the Absurd. It is the first of three stylised burlesques in which Jarry satirises power, greed, and their evil practices — in particular the propensity of the complacent bourgeossie to abuse the authority engendered by success.
The title is sometimes translated as King Turd; however, the word "Ubu" is actually merely a nonsense word that evolved from the French pronunciation of the name “Herbert" which was the name of one of Jarry's teachers who was the satirical target and inspirer of the first versions of the play.
References:
Maeght: “Joan Miro Lithographs” Volume III (Catalogue Raisonne) - number 498,p`ge 100
Patrick Cramer “Joan Miro: The Illustrated books” Number 108, page 282/284
Condition: In good condition with fresh colours 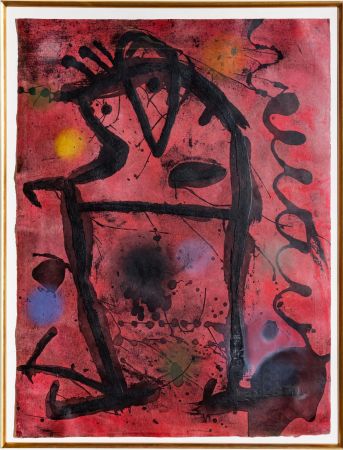 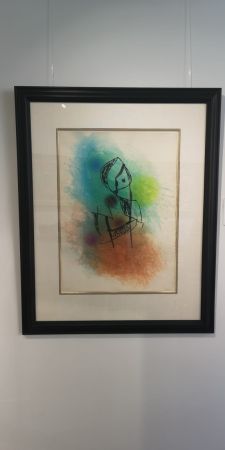 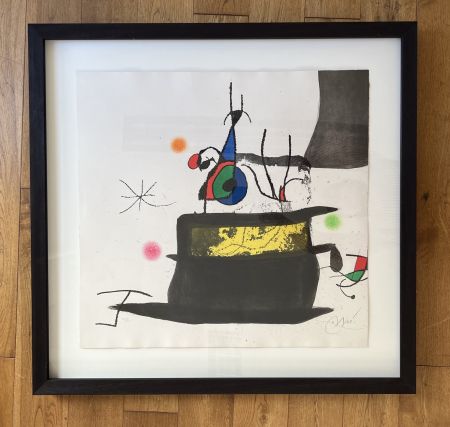