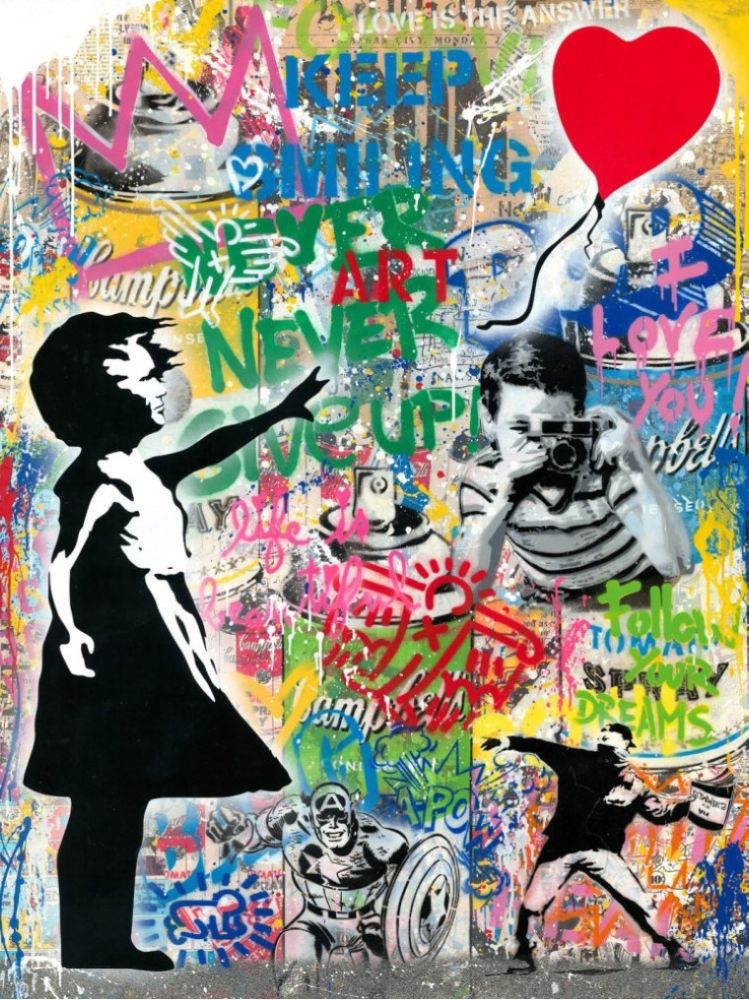 Year: 2021
Format: 122 x 162,5 cm / 48 x 64 inch
Material: Fine Art Paper
Method: Mixed Media | Screenprint and Stencil
Edition: Unique
Other: handsigned front and verso.
On Thursday, October 14, 2021, the Banksy Balloon Girl was sold again at Sothebys in London in auction during FRIEZE Week under the new title "Love is in the Bin." On the exciting evening, Sotheby's returned with a record-breaking Contemporary Art Evening Sale at the New Bond Street Auction with attendance. The centerpiece was the dramatic sale of Banksy's infamous work "Love is in the Bin," which broke all records with a hammer price of £18,582,000. And so the work, half-destroyed by Banksy, was now sold by its owner, entirely in accordance with the rules of speculation, for 16 million pounds plus a premium, a mere three years after the last purchase. The million from 2018 was well invested. This example shows perfectly that the art market is no longer about art, but about investment.
New editions and unique pieces by Mr. Brainwash arrived. GALERIE FRANK FLUEGEL represents the artist Mr. Brainwash since 2012 in German-speaking countries. 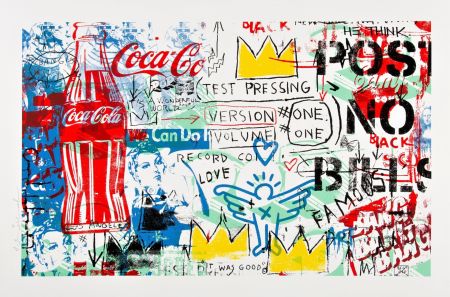 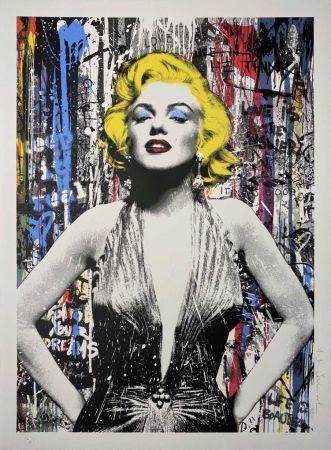 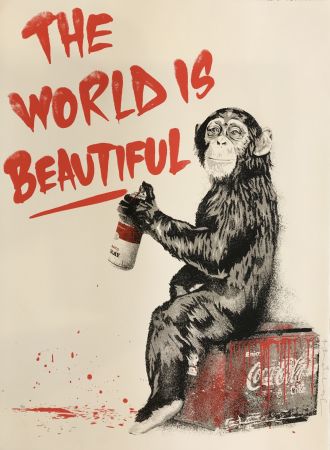 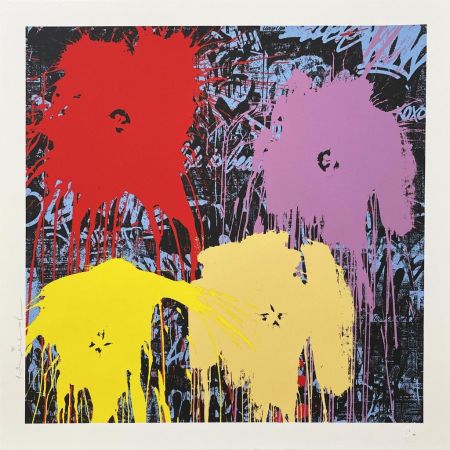 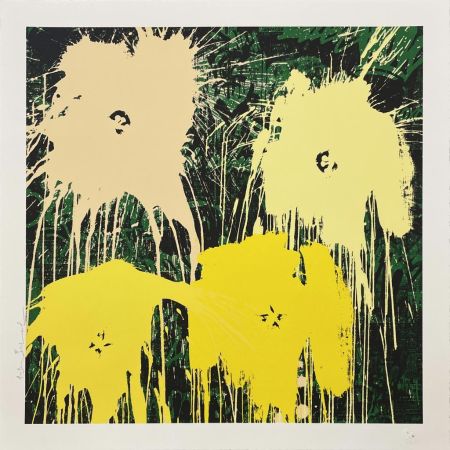 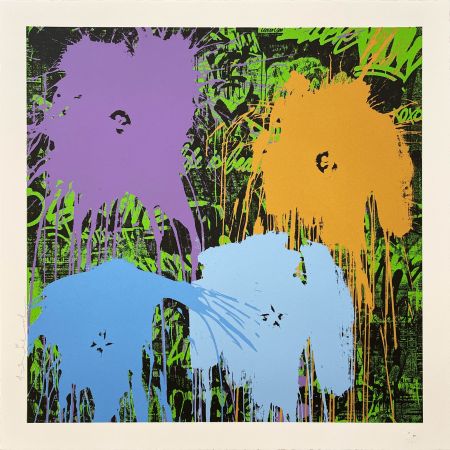 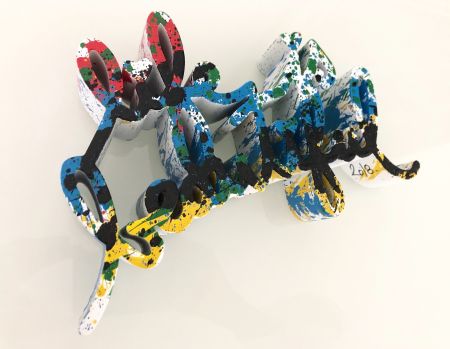 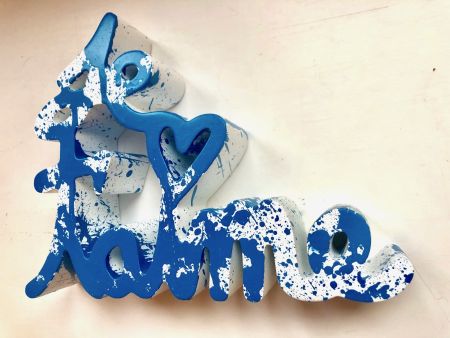 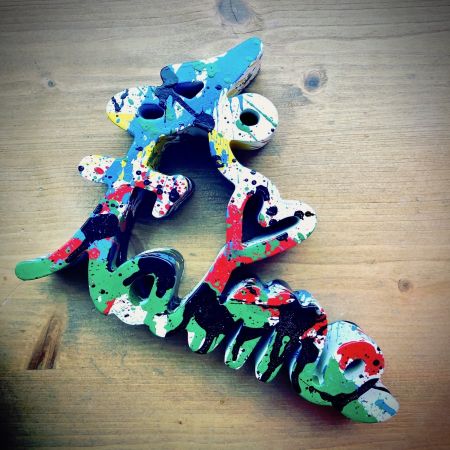 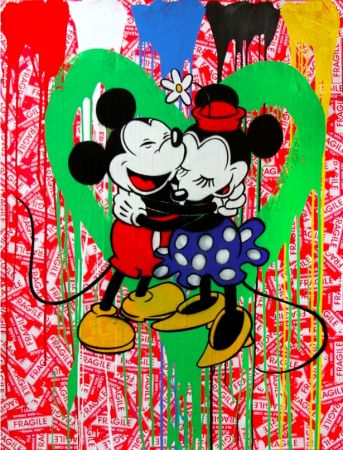 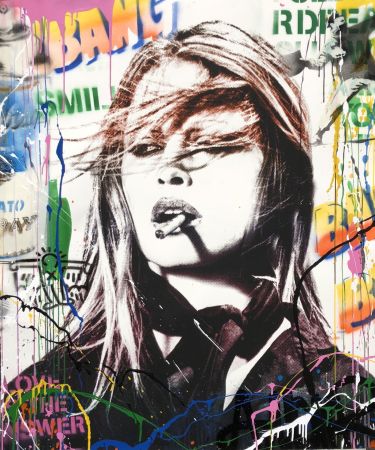